Zak Storm was an original pitch from writing team Man of Action at the same time as Ben 10 and Generator Rex, according to co-founder Steven T. Seagle, and if you’re familiar with the previous two cartoons, you may quickly pick up the influences in the characters, their interactions with each other, and the action sequences.

The show is co-produced by Man of Action, Method Animation, De Agostini Editore, SAMG Animation, MNC Animation, and Zagtoon, a France based company and international subsidiaries that develop and distributes a wide variety of CGI cartoons for children and focuses exclusively on family entertainment. They are most known for Miraculous: Tales of Ladybug & Cat Noir, which has achieved great success in the United States and Canada. The production quality of Zagtoon is among the best I’ve seen for a computer animated television show, and Zak Storm’s mostly nautical theme is bursting with vibrant color and life.

Zak is a brash and overly confident 13 year old surfer kid who lives with his father on a beachside. One day, he takes a mysterious jewel his father owns and hits the waves. Unbeknownst to him, this jewel is one of the eyes of the Seven Seas, and Zak suddenly finds himself transported to the Bermuda Triangle aboard a sentient ship called the Chaos and a talking sword named Calabrass and a poltergeist named Clovis.

He soon finds that there are many who are pursuing the power that Calabrass wields, like the villainous Skullivar, a powerful and feared pirate, and Golden Bones, his first lieutenant. Confused, Zak is aided by Calabrass in using the powers of the various eyes to grant him numerous combat abilities and skills, such as summoning ice, wind, fire, and even becoming an astral projection. He is soon accompanied by CeCe and Crogar, who initially are after Calabrass as well, a Wahoolian, Caramba, and together they form the 7 C’s. A catchy pet name for the crew, though Zak is the only one whose name does NOT begin with a C. But he is their captain, so…that counts? I’m calling shenanigans…

Zak Storm follows a swashbuckling adventure with well paced action. Its linear story is fairly simple; the 7C’s journey from location to location to find methods of opening waypoints, returning to Marituga, which acts as the Seven Seas’ central port town for restocking supplies and rest for many of the wayward residents of the Triangle. Occasionally there’s heavier characterization and elements to enrich its lore, but it doesn’t give away too much in the now 39 episodes that have aired. Because of this, it maintains a reasonable balance that doesn’t have to 100% rely on high octane battle sequences.

The titular character, Zak Storm (voiced by Michael Johnston in English) is a youth overly with bravado and confidence. While he is exuberant and prone to making rash decisions, he is the driving force of the 7C’s and they follow his “never give up” attitude. He has traits in common with previous Man of Action heroes. At times, his hot-headed penchant for showing off is similar to Ben Tennyson. Zak can also be very collective, like Rex Salazar. This makes him a hero that is capable of making mistakes, but isn’t too proud to refuse to learn from them. As far as leaders go, I put Zak in the upper tier of them. I think he may have picked up on the nuances of being captain rather fast and it would’ve been a little interesting to see a difference of opinion from CeCe, who given her royal lineage, would greatly question whether he’s responsible enough for the task he’s taken up. Calabrass takes a liking to Zak and often plays to his ego, seemingly acting as more of an inner id as well as his guide.

Calabrass (voiced by Kyle Hebert) was once human, and the details behind how he truly became the magical sword and the keys to unlocking the mysteries of the Bermuda Triangle have yet to be truly revealed, though more has been speculated in episodes. Making another comparison to Ben 10, Calabrass can utilize the eyes of the Seven Seas, Blazz (fire), Sino (ice), Dezer (earth), Aeria (lightning), Beru (water), Vapir (shadow), and Zite (spirit). For a set period of time, or depending on the frequency of Zak’s usage, Calabrass is active for a finite period of time before having to recharge.

Crysta Coraline Lejune, or CeCe for short (voiced by Christine Marie Cabanos), is an Atlantean princess with some military experience, as she serves as the team’s tactician and second in command. Contrary to Zak’s more emotionally driven decisions, CeCe is more levelheaded, honorable, and by the books. She doesn’t necessarily keep him in check, rather provides cautionary advice. In early episodes, Zak’s haughtiness occasionally gets under her skin, but they often go on recon and survey missions together and the two bounce off each other and work as a formidable team. In some senses, she plays Spock to Zak’s Kirk. CeCe’s primary weapon is a crossbow that fires energy blasts. Her original design changed from the early promotion art of the show. CeCe’s relationship with Zak starts off as almost a sister-like, though with how Zak teases her, it indicates potentially stronger emotions.

Crogar, (voiced by Chris Smith) a 16 year old viking, is the muscle of the 7C’s, CeCe’s protector, and is an overall gentle giant with a heart of gold who generally refers to himself in the third person. There hasn’t been a great deal of focus on Crogar, and other than the episode “Viking Connexion” that introduces two of his friends and comrades who were pulled into the Bermuda Triangle as well, a lot of his past is still unspoken for. Episodes centered around him mostly highlight his caring nature and sense of loyalty to his comrades. In the episode “Freezing Point”, he takes a protective role of a baby wyvern that Golden Bones is after.

Crogar could be considered the big, dumb guy of the 7C’s. Though he isn’t the smartest, that seems more indicative of his primal viking background rather than being genuinely “stupid” for the sake of laughs. Though Crogar is likely to be outwitted, he can be rather effective when his instincts kick in.

Caramba, (voiced by Max Mittleman) a tiny green alien called Wahoolians, is the tech expert and resides mostly in a yellow spherical multipurpose exo suit, that I really like. The LED “face” panel acts as an avatar for Caramba to emote through pixelated images. This suit has so much personality, I occasionally forget it’s a manned unit.

Caramba only engages in combat when necessarily have to and is understandably the most pacificistic of the team. He also has a confidence complex and feels his place on the 7C’s is limited because he can’t help on the battlefield as much as the others, this sometimes leads Caramba to doubt himself and often looks to Zak and his friends as more a measuring sticks he can never live up to rather than pillars of support. Because of his inner struggle, I find him the most complex character on an emotional level and is a bit of a grounding element throughout the earlier episodes.

Clovis, (Reba Buhr) a 7 year old that became a poltergeist somehow became linked to the Chaos, is the prankster and comic relief of the show. Generally, these kinds of characters I don’t find genuinely funny and Clovis didn’t really start out as particularly amusing. Mostly due to the first several episodes centering around his flatulence-based humor. The kids will get a kick out of it, at least. As time progresses, he does become less one dimensional with his gags and is less of an obstructionist when it’s time for his comedy.

He is capable of communicating with the Chaos and does engage in battle in a defensive role when enemies attempt to commandeer the ship, using his ball and chain to trip or tie them up. Which does raise a few questions. Clovis is capable of striking opponents, but can also be hit on occasion. I assume because Golden Bones and his soldiers are undead (even that’s made unclear) they are capable of hitting him as well. I assume season two may delve further into this, but being bound the ship renders him from being able to aid in quests far from the Chaos and he, along with Caramba, will stay behind.

Clovis seems to take being separated from his body reasonably well, though for a brief bit in the episode “Mutiny on the Demoniac” he becomes alive again. Given the pace, there really wasn’t time to give a great deal of gravity to this. There’s no telling how long he’s been without his body, so it would’ve been fascinating to see how he copes with being mortal again. I could chalk that up to his carefree attitude.

Golden Bones (played by Matt Mercer) is Zak’s arch nemesis and carries out Skullivar’s commands. He’s quite ruthless, as mere moments after Zak is teleported and taken aboard by his soldiers, Golden Bones ignores his pleas to be set free and continues to threaten the helpless child.

I like that he isn’t played much for comedy too often and is kept fairly imposing. Bones is a pretty formidable fighter, short and long range, able to go toe to toe with Zak even when powered by one of the eyes and defeated CeCe in a shootout. Like most cartoon villains, Bones routinely fails, gets reprimanded by Skullivar, and is mercifully given another chance.  His minions, a legion of skeleton warriors, are the standard foot soldiers for the heroes to beat around. They shown abilities, like linking together to create unique formations in an effort to gain the upper hand.

In terms of entertainment value, Zak Storm doesn’t rely on the rapid fire formula that many cartoons adopt and I find a pretty easy watch. I do get amused that for as long as I can remember, pirates are romanticized as a virtuous profession with valor. Honor amongst thieves, I suppose, but Zak and the crew are pirates in name alone rather than practice. I digress, they are great adventures and the series’ pacing is well done. If you are looking for a solid animated program to binge watch, Zak Storm fits the bill. I look

Zak Storm Super Pirate airs on Discovery Family in the United States, Saturdays at 9am et and is available on Netflix 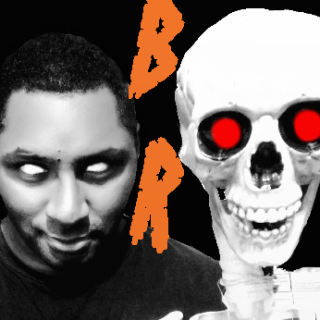